The famous ‘Great Fire of London’ started on Sunday 2 September 1666 in a baker shop in Pudding Lane. Thomas Farriner, the baker, forgot to put out the fire he used to bake bread. Some of the firewood was set alight and the fire began. Key Stage 1 explored this terrible event and were gripped by this significant historic event from the 17th Century. They studied the buildings of the period to create their own buildings made from wood and straw.

The children transformed in to authors and stepped into the shoes of the famous writer Samuel Pepys. They wrote their own diary extract portraying a day in 1666 when London was gripped by fire.

During our time at Welly Wednesday, we baked fresh bread on an open fire just like Thomas Farriner would have in 1666. Then we put out the fire using buckets of water from the river, imitating the people of London trying to save their homes and valued possessions.

The children sharpened their pencils and gave Christopher Wren some competition!  They redesigned St Paul's Cathedral which was largely destroyed by the Great Fire of London. The children then made their design from junk modelling and papier mache.

The Great Fire of London was devastating for the people living at that time, they lost their homes, pets and most valued possessions. As a result of great devastation, a Fire Service was born. The Fire Service has developed over the centuries and is now a valued emergency service which everyone is very grateful for. 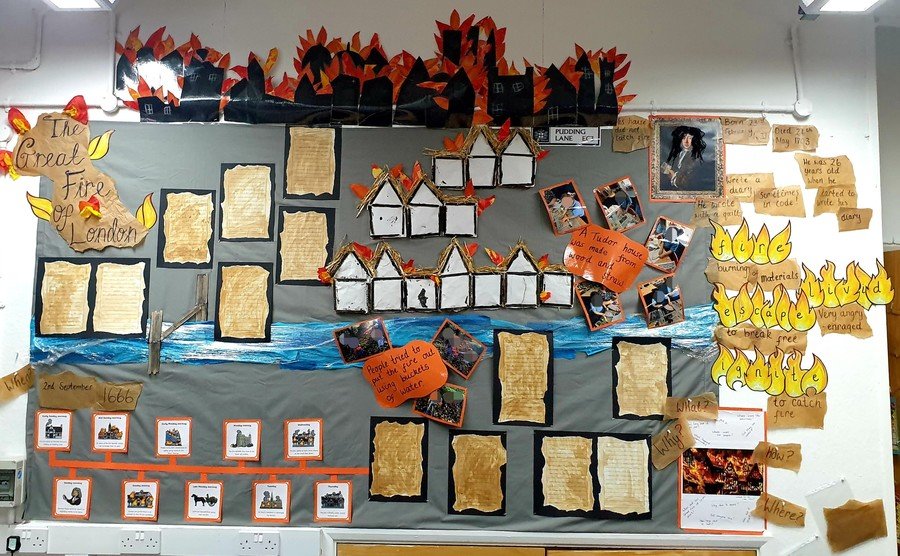