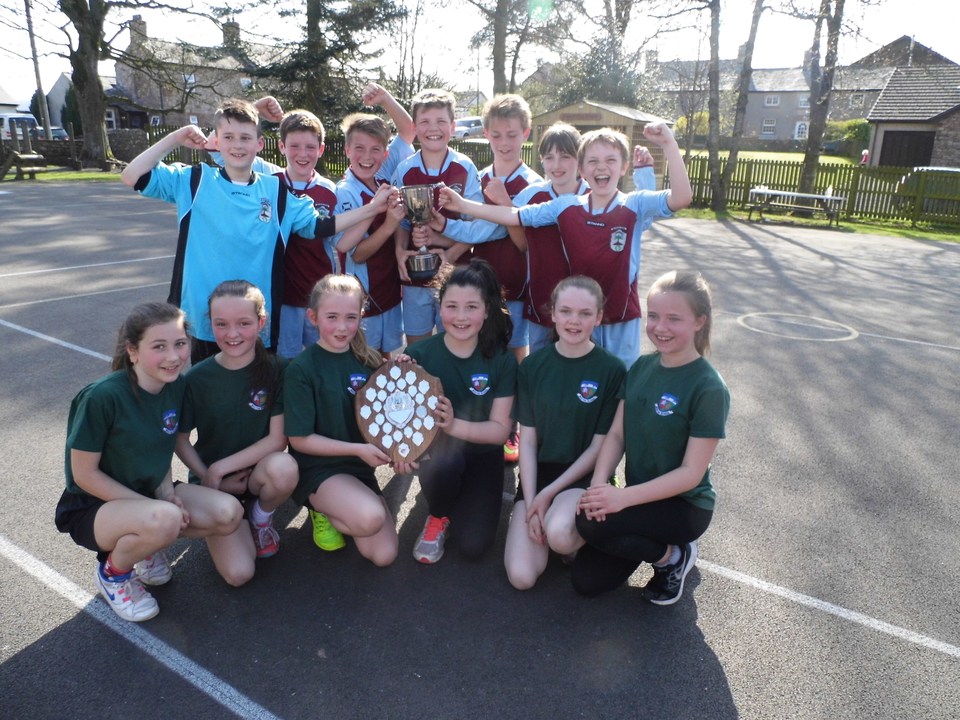 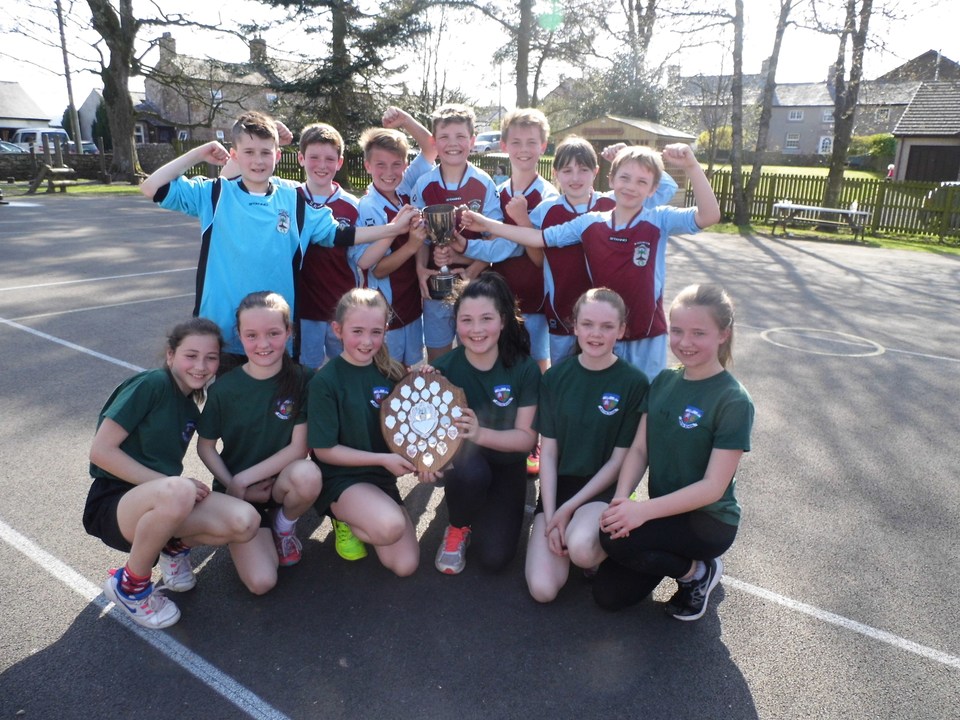 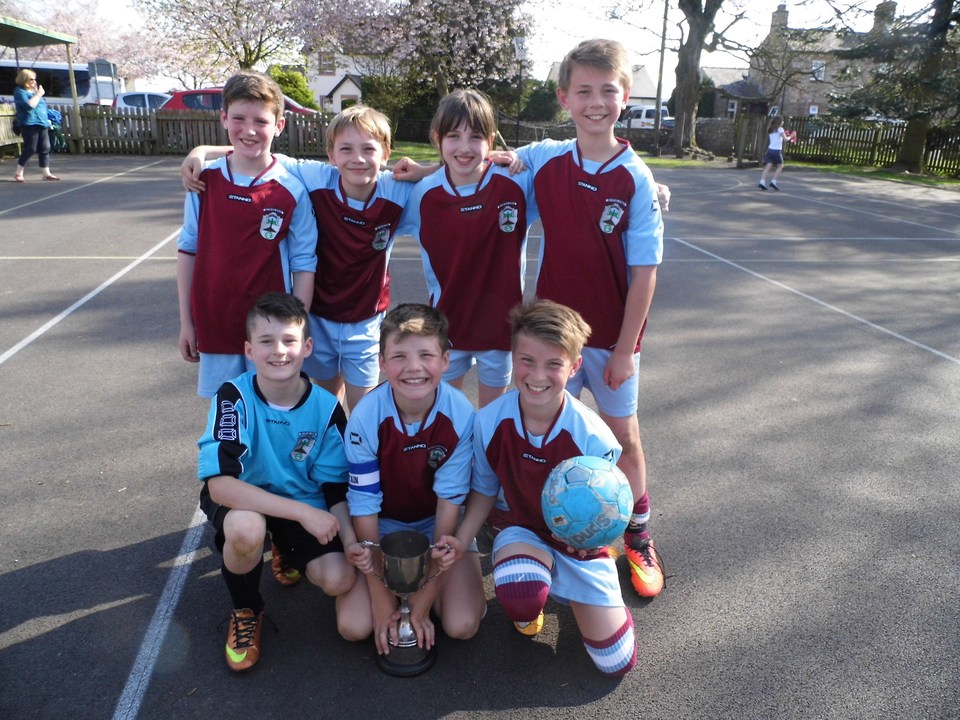 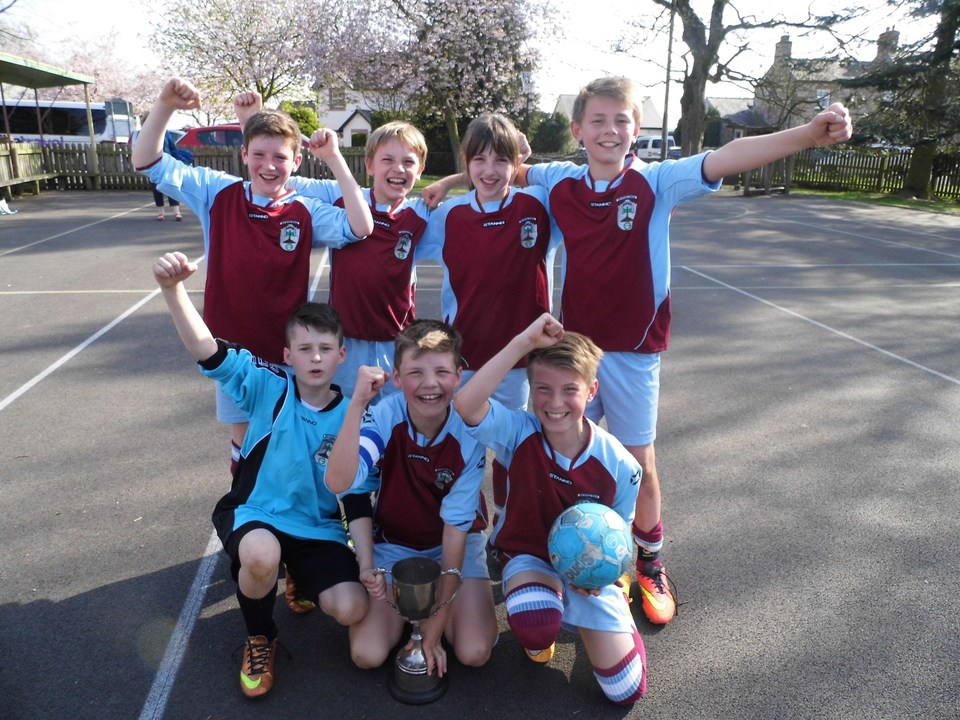 Huge congratulations to our football and netball teams who participated in the annual Skelton Sevens Tournament on Wednesday.  The netball team played four games, winning one, drawing one and losing two.  They played brilliantly as a team and their skills developed considerably whilst playing on a full size netball court.  Sian, Isabelle, Daisy, Willow and Sophie should be very proud of their achievement and were excellent ambassadors for Greystoke School.  The football team (Adam, Darcy, Luke, Elizabeth, Lewis, Isaac and Daniel) had a tremendous afternoon of football.  They played and won all four matches without conceding any goals.  This amazing effort resulted in an overall final being played against Lazonby.  A hard played matched ended in a 3-0 win for Greystoke.  What a great afternoon’s sport!

This has been a long awaited win for Greystoke School as we have been in the final of either football or netball three times in the last five years, but until now have been unable to clinch that final victory. The Skelton Sevens trophy was last won by Greystoke in 1986!  The impressive trophy now has pride of place in school and will be ours for the next year.

Whilst it is undeniably wonderful to win sporting events, there was another reason why we should be so proud of the children who represented our school on Wednesday.  No fewer than three people passed onto Mrs. Brolly compliments and commendations for our children.  The first comment was made by a parent from Patterdale School who was so impressed with the wonderful sportsmanship of Adam Prentice to their (very small) goalkeeper that he asked the Headteacher of Skelton School to pass on his thanks to Adam.  Secondly, the member of staff who accompanied our opponents, Lazonby, in the final also wanted to pass on her thanks to the football team who had been so sympathetic and encouraging to the Lazonby footballer who had scored an own goal in the final and was extremely upset.  Daniel, in particular, was mentioned as being the first to offer support, with the rest of the team following suit.  Finally I would like to pass on the comments of the referee to parents.  He said that it had been a privilege to referee their games.  Our children are often complimented on their attitude and behaviour when we are on trips or at sporting events, so I am delighted to be able to share these particular comments with you.